Here is a snack that will satisfy you to your heart’s content, if you are craving cinnamon buns! It will be playing a trick on your mouth and your psyche, and if you are really into cinnamon buns or even the ones that have the cream cheese icing this would be the next best replacement for that high carb, high fat dessert.

Very simple to make, I usually get my walnuts at Sam’s Club since I can purchase them in a large quantity. These are great for housewarming gifts also Christmas, too. But I like them best for when I really am craving a cinnamon bun and I know I can eat a handful of these and know I didn’t just blow a month’s worth of fasting and reducing carbs.

You can also make them with pecans as well. These are a few carbs lower than walnuts so take that into consideration when your planning on making these.

Both walnuts and pecans are considered heart healthy nuts. Both are high in levels of Vitamin E and also high in fiber.

Now I’ve mentioned a lot about the health aspect to this snack but in the raisins, there is a high percentage of sugar but the difference is that its a natural sugar, its primarily in the form of fructose which is a fruit sugar. Raisins are easy to digest and a source of quick energy which can give you that pickup in the mid-afternoon when you need it.

Granted, this is not those delectable “cinnamon buns you can get in the mall” B U T you are not going to get all those fat and sugar calories, either. And you W I L L be getting the S A M E satisfaction that you get from them B U T none of the G U I L T Y calories! ! ! 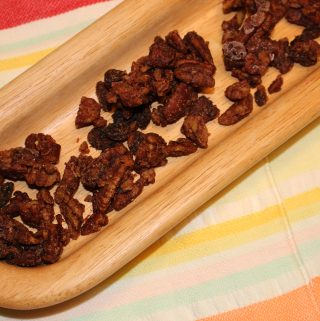 If you like cinnamon buns but deny yourself because with having just one, can set you back for a week when it comes to watching your weight; well here is the answer to those high calorie/ carb filled cinnamon buns! CinnaBun Raisin Walnut Snack!! This walnut/raisin snack is as close to a cinnamon bun as you are going to get without the calories. This snack can also be made without the raisins. Raisins do have high sugar content so when you make these you can eliminate the raisins. It's a very simple recipe to follow and if you give it a try, I'm sure you will make it a second and third time, and so on and so forth!!
Print Recipe Pin Recipe
Prep Time 1 hr 15 mins
Course Snack
Cuisine American

Keyword CinnaBun Raisin Walnut Snack,
Tried this recipe?Let us know how it was! 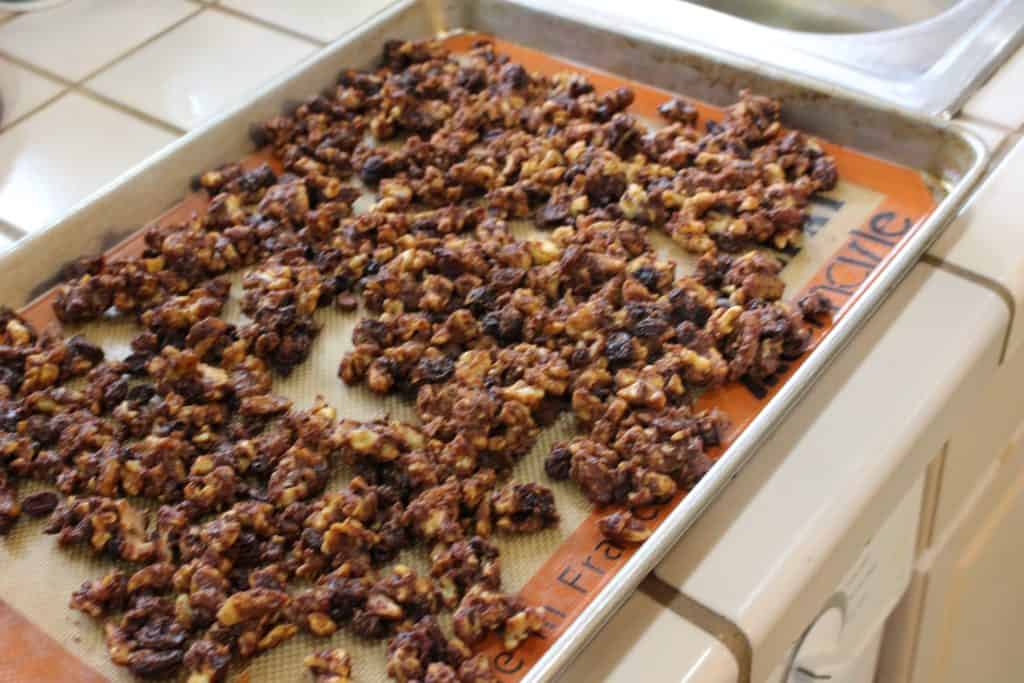